NBA Live 15 graphically looks amazing. Gameplay is still an aspect that remains to be seen but the jokes people cracked last year about how live looked like a 2004 game graphically are now being turned into oohs and awes.The detail ranging from the way the court texture looks with the lights glistening and reflects off the court all the way to the accurate portrayal on NBA Superstar Chris Paul’s facial features. NBA Live 15 from a graphical standpoint is mind-blowing. Especially when you think about the amount of time they spent working on this game. NBA Live 14 released early in 2014 and for the amount of work that was put into this game is shown in the screenshots below which is going to contribute to NBA Live 15 being successful. What do you all think of the screenshots? Do you like them, love them, hate them? Be sure to leave a rating and a comment voicing your opinion. All Images below are from the Official EA Sports NBA’s Twitter Account @EASPORTSNBA 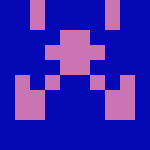