I love Fridays.  It signals the end of the work week and draws Football Sunday even closer.  I also enjoy Fridays because new Football Outsiders items are released into Madden 15 Ultimate Team!  Week 6 saw a bunch of upsets (including my Cowboys over the Seahawks!) and the FOs this week reflect the insanity which was Week 6.

In addition to 5 new items, contracts are 50% off this weekend.  Be sure to stock up before the prices rise again!

Without further ado, let’s take a look at these new items.

Martin has garnered lots of praise this season but there is no greater honor than receiving a Football Outsiders item in MUT 15.  Martin did not allow any sacks or pass pressures and he was a crucial factor on the Cowboys’ game winning drive.

Isn’t it nice to see the Jaguars get a weekly award item?  Unfortunately, they might receive more weekly items than wins this season (sorry Jags fans).

Marks had 3 run-tackles for a combined 1 yard loss and a pass defensed.

Peters held Jason Pierre-Paul to 1.5 pass pressures with no sacks or QB hits.  Philadelphia Running Backs also had 67 yards on 11 carries to the left.

This week’s highlight item is Darrelle Revis.  He earned the item for his exceptional play against stud rookie wideout Sammy Watkins.  Revis was able to hold Watkins to just 2 receptions for 27 yards.

This item is in packs for just 24 hours and will be removed around 11 am EST on Saturday, October 18th.

Which Football Outsiders item are you most excited for?  Let us know in the comments! 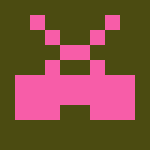