Let’s be honest now. Everyone would love to acquire a Calvin Johnson for his or her MUT team, and anyone who says otherwise is lying to you. Standing a beastly 6’5”, with 93 jumping, 93 catching, and 92 speed, year in and year out he is arguably the best wide out in Madden. The only downfall to Megatron? His price tag. Calvin is going for roughly 300,000 coins on the auction house across all systems, and has no signs of dropping any time soon. So you may be thinking: who is another viable option at wide out to match Calvin’s size, speed, and catching ability? Well, look no further than Hillsdale College’s Andre Holmes. After hauling in four receptions for 121 yards and two touchdowns, Holmes earned himself a Team of the Week card in MUT. So why is Holmes the poor man’s Megatron? Holmes stands in at the same 6’5” frame with the same 92 speed, 90 catching, 90 jumping, and a crazy boost from 79 spec catch to a 91. Holmes’ price tag on the auction house? Roughly 7,000 coins across all systems. It would not only be naïve of me but it would also be stupid of me to say that Holmes is a better wide out than Megatron but for roughly 290,000 coins less and nearly identical stats across the board, Holmes isn’t a wide out to simply look over and ignore because of his 83 overall rating. I was a sucker from EA, like most of us are, and bought the last remaining BCA packs that were available, and pulled an Andre Holmes card. After already deciding not to complete any of the BCA collections, I typically sell all the BCA cards I pull from packs but after seeing how little Holmes goes for, I decided to hang on to him. I had a quick look over his stats and realized that he was a monster. I played around 10 games with the Oakland Raiders wide out and fell in love. Standing at 6’5” he was almost impossible to defend against in goal line fade situations and with his blazing 92 speed, he was able to break the press at the line and run right by any corner covering him. In the 10 games I played with him I targeted him a lot, yes, but I really wanted to get a feel for him and determine which routes he could run. Answer? Simple. All of them. He hauled in 72 receptions for 1,219 yards and 21 touchdowns for me and I have a strange feeling that he will do the same for you if you are in need of a wide out and aren’t trying to break your bank account. 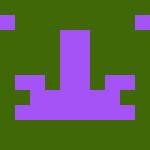 STEALING ALL THE MONEY!! | Smash+Grab Gameplay