Posts News 5 Things To Know Before You Purchase Advanced Warfare

5 Things To Know Before You Purchase Advanced Warfare

As usual at this time of year the craze that is Call Of Duty is in a full frenzy. I myself have caved in and went back to watching Advanced Warfare live streams on Twitch. I even ran straight to Youtube to confirm the rumors I heard of a “DNA Bomb” Kill Streak that you can acquire after a nice 30 Kill Streak with your gun (Prepare for all the annoying “WORLDS FASTEST DNA BOMB” and “Triple/Quad DNA Bomb!!!” titles on Youtube.). I currently have 6 people texting me for early copies and another 5 people hounding me for info on early copies when I turn on my Xbox, my friends list on Destiny is pretty much barren as everyone gears up for the new COD. But before you run out for that midnight release or wake up all bright eyed and bushy tailed Monday morning to download your Day Zero copy there are 5 things I think we should keep in mind so that there’s no buyer’s remorse or surprises if your experience is…less than satisfactory to say the least.

1. Quickscoping – For the last 3 years a huge talking point in the community has been “Will there be quickscoping?” I know a lot of us regular guys just cringed at the thought of 6 people in parties with tactical insertions and sniper rifles locking down every corner of a map…as you should because for the last 3 years we were assured that it would not be a part of the game when that has never been how things panned out when we got our got our games home. (I’d be happy to link a 5 minute video of me being repeatedly quickscoped in Call Of Duty Ghosts despite my best efforts with assault rifles and SMG’s.) If this is something that bothers you as it does a large portion of the so called community please keep in mind that there was quickscoping in the Twitch stream and in multiple Youtube videos already.

2. “Customer Service” – Since I came back to COD in MW2 I have always heard people saying they wish there was more than 10 Classes to choose from. A simple feature like a few extra custom classes shouldn’t be a chore for the people who put food on the table for all of these Activision Developers and employees right? At least that’s what I thought. Funny thing is instead of doing something so simple for their supporters they actually made us PAY for extra classes in Black Ops 2, I completely ignored that and all other DLC from that point on in Black Ops 2. As if it wasn’t bad enough in Ghosts I was floored to see the same thing happen again, instead of buying that DLC I just set up different characters for different game types which can be tedious when you have an indecisive party leader but I got over it.

3. DLC Gouging – I’m all for a great map pack, in Black Ops 1 I was way too excited to play maps like Stadium which had amazing lines of sight and made for an action packed game of Domination when I would play Ground War by myself or with friends. I have been in talks with friends about adding weapon DLC since Modern Warfare 3 so I was extremely excited to see it in Ghosts. Only problem is that what any other company would treat as basic customer service (Trust me I worked for Microsoft and Activision before) COD Devs seem to consider a huge favor for you. My experience was this: I purchased a copy of Ghosts for 360 but no season pass, I then upgraded to the Xbox One after I bought the 2 DLC packs that come with the Maverick Assault Rifle and Ripper SMG. With my common sense I assumed that if I upgraded my console and got the game for it all of my items I bought or earned should come along with me (Makes sense doesn’t it? You paid for it so you should get to keep it?) Well I sat back and watched 30$ go flying out of the window as I found out that ONLY SEASON PASS HOLDERS are allowed to do so. Outside of things like this the DLC Camo’s are a joke, the Snoop Dogg map pack was ridiculous and exploitative and the maps from the DLC were way better than the original maps we were offered (Stonehaven a prime example.

4. Playing the game – When you’re racing home from your local game shop to throw Advanced Warfare in your console don’t forget that the experience you have is going to differ a lot from what you’ve seen in recent gaming events and streams. During the short few months I played Ghosts I learned one thing very quickly: After the first 2-3 weeks playing solo can be a bad experience to say the least. I was regularly met with no less than 3 man parties meanwhile I can only assume that my teammates were either 2 cats fighting over a remote or were people subjected to torture by removal of their thumbs. The main point I’m trying to make here for all us tryhards and rushers is to keep a cool head and don’t expect to run around getting shotgun feeds and easy wins because the noob playing field is set pretty evenly right now, Ghosts being a prime example and that’s one of the reasons it had such a short lifespan.

5.  Accountability – This is the main point I’d like to address, if you feel something is unfair, if something is bothering you and you aren’t happy with it please make your thoughts known. Forums or Twitter whatever social media you choose make sure that we are holding these devs and representatives of Activision accountable for their product. If there are problems you notice the thing to remember is that there are gamers who are doing their best to represent you when the Devs may ask for some guidance or a few pointers on how the game plays, meaning a few people with their own personal opinions on the game and how it is are giving their input that the devs listen to and those opinions may not be aligned with your own personal thoughts of how the game should be and the more of us who speak on it the more things will be brought to their attention.

At the end of it all, I’m still very excited for Advanced Warfare and all of the new features that it offers compared to the previous Call Of Duty titles, I think the weapon selection should be a bit more diverse but overall the maps and everything else look great and I’m very amped for what’s to come. I just suggest approaching things with a cool head instead of getting too excited and forgetting the recent history we’ve been a part of. I hope anyone who reads this has an awesome time with their new COD and it’s an enjoyable experience for everyone. But if it isn’t…let’s not act so surprised. 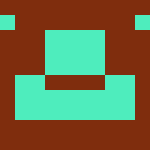