Posts News Why Soraka's rework has left her helpless.

Why Soraka’s rework has left her helpless.

It seems Riot Games, who runs the world wide popular game League of Legends, did not like how strong Soraka was in the middle lane. After her rework, they turned her from a potential mid laner with solid damage and incredible utility as well as a solid support into a support champion who is struggling to keep up with the ever so potent support champion pool.

Soraka’s ability to turn a lane into a farm fest allowed her to always be a popular pick in most metas. With her rework, she is required to either carry 5 health potions at all times or be somewhat aggressive which can be a severe downfall since she struggles quite heavily in hard engages. There is no real reason to play Soraka as she must trade damage to gain health back while Nami, Sona, Nidalee, and Taric, all champions who heal and can/do play support, can sit back and heal up before fighting Soraka again.

Although Soraka’s heal, at rank 5, is a mere 2 seconds, she can only heal 10 times from full health before being left a single auto attack away from death. In a team fight, it may be useful for keeping an ADC/APC alive but her 425 range on her W makes her a very easy target in team fights while also making her extremely vulnerable as Soraka will generally not build tanky and not have enough gold to even afford many items. It is tough to play a champion where they are mainly countered simply by Ignite or Grevious Wounds while other champions have utility or hard CC like Nami’s Aqua Prison or Sona’s Song of Celerity.

In conclusion, while Soraka can heal for a great amount quickly, it still leaves her extremely vulnerable and requiring some rather incredible positioning to stay alive in long team fights. I believe she requires a buff to her Astral Infusion (heal/W) or allow her Starcall (Q) to heal off of minions as well but until those buffs happen, I don’t see her being played at all except for players in normals who are simply messing around. 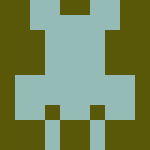