Posts News Hulk Hogan No Longer Will Be In WWE 2K16

Hulk Hogan No Longer Will Be In WWE 2K16

Following the news that WWE has fired former superstar Hulk Hogan from the company over the racist remarks made eight years ago, developer 2K has announced that Hulk Hogan will no longer be in this years title WWE 2K16. 2K did not say anything about if he would be made available in future titles or if they would be removing his DLC pack from the Xbox one, Playstation or Steam stores. 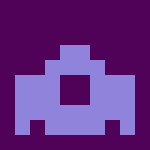