Rocket League Proves to be a Kick (Review And Giveaway)

When you first enter Rocket League, you’re met with a message, explaining that, “You are the first to experience (and shape the future of) the highly-anticipated high-octane sequel to Supersonic Acrobatic Rocket-Powered Battle Cars!” Upon further research, I was surprised to find out that the latter title was actually a real game–released in 2008, IGN gave it a 6.5/10 while Metacritic gave it a 3.5/5.

Regardless, Psyonix–the developer responsible for both titles–definitely used the past seven years wisely, as Rocket League has been skyrocketing up the proverbial popularity charts. Although it is only available on PS4 and PC at this point in time, the game has received immense praise from critics. IGN gave it an 8/10, while Metacritic has it at a 4/5. Even the reviews on Steam–9/10 as of July 28–have been outstanding.

So, why is Rocket League suddenly becoming one of the must-plays of the summer? Let’s take a look.

The following information (and even more) about Rocket League can be found on Steam:

A futuristic sports-action game, Rocket League, equips players with booster-rigged vehicles that can be crashed into balls for incredible goals or epic saves across multiple, highly-detailed arenas. Using an advanced physics system to simulate realistic interactions, Rocket League relies on mass and momentum to give players a complete sense of intuitive control in this unbelievable, high-octane re-imagining of association football.

In case you didn’t catch all of that, I’ll give you the Cliff Notes–although, in this day and age, I suppose most of you are more familiar with Spark Notes–version. Essentially, Rocket League is a game that combines soccer and cars. The goal–no pun intended–is to hit the large ball into the opposition’s goal using your car. Pretty cool, eh? But wait, it gets better. Your car can do more than simply hit the large ball–you can ride on the wall and the top of the arena, you can powerslide, you can destroy the opposition’s cars, and you can use some stored-up boost to gain a temporary speed advantage over your opponents. You can customize your car, but one of the best things about Rocket League is that you’ll never hold a distinct advantage over your opponents and vice versa. There’s not an attachment where you can store extra boost or protect your car from being destroyed, for example, which is amazing. Instead, you can change the body of your car, you can add a hat, and you can add some sick tires, among other things. There’s little, if any, online issues so playing with up to seven other players is extremely fun. If you don’t want to take your talents to the online scene, no need to fear! You can play against the CPU–don’t worry, the CPU is actually solid in this game–in both exhibition and season modes. Although I haven’t gotten a chance to test out the season mode yet, I’ve heard nothing but good things.

Now that you have a basic understanding of the game, I’ll provide my thoughts, both good and bad.

It’s unlike anything most of us have ever seen before

To be completely honest, this seems like it would be in the mini-games section of FIFA if that was actually a thing. Anyhow, Rocket League presents a really unique concept, which is why I believe it has become so popular over the past several weeks. Take me, for example. I’m kind of picky when it comes to video games–if it’s not Madden, 2K, MLB The Show, NHL, or Call of Duty, I probably won’t play it, although there are a few exceptions. However, Rocket League piqued my interest. Whether it was due to the videos I saw on YouTube or the fact that it was free, I ended up downloading the game. After just the tutorial and my first game against the AI, I was hooked. Even though the game has an arcade feel to it, it’s honestly a ton of fun, and, at least for me, it is ultra-satisfying to score a goal. I actually considered comparing this game to Advanced Warfare due to the constant movement–there’s always something going on, no matter what–but that would have been an insult.

The customization options are endless…literally

As stated earlier, there are more than 10 billion possible combinations when it comes to customizing your Battle-Car. That’s insane. I like having the ability to customize my character/weapon/etc. to my liking; I can definitely do that in Rocket League, and then some.

Your Battle-Car will never be better or worse than someone else’s…unless you have no sense of style (joking!)

I mentioned it earlier, but one of the best things about Rocket League is the level playing field. Sure, some players will be better than you skill-wise, especially when you first start playing, but from a Battle-Car standpoint, you’re just as good as them. It’s not like Call of Duty, where you’re getting killed by players who have unlocked better guns/attachments while you’re stuck using the base gun and nothing else. (For the record, I really don’t hate the Call of Duty series; I’m just using it for the sake of comparison).

Alright, that doesn’t make much sense, now does it? Let me rephrase: although the game has an arcade feel to it, the graphics are incredible. Of course, graphics for any game on the PS4 should be incredible, but that’s beside the point.

When a game can make you look up at the clock and realize that a couple of hours have passed without you even knowing it, then you know it’s terrific.

You won’t be amazing right off the rip

This honestly isn’t a bad thing–a new game should be challenging–but some players will likely be turned away by this, which is a shame. That’s not to say that you can’t just pick up a controller and play this game, because you can. Just don’t expect to be getting hat tricks and epic saves until you put some time and practice into the game.

Rocket League is, in a word, outstanding. Coming from someone that didn’t think they’d enjoy the game, and then someone who was about to delete the game because they weren’t very good immediately, there’s not enough good things I can say about the game. Whether you’re playing with friends or against the CPU, it’s always a great experience.

When I recommend games to others, it often comes with a caveat: “Yeah, [insert game title here] is a lot of fun, but unless you enjoy [insert noun(s) here], you probably wouldn’t like it.” That isn’t the case with this title. I can strongly recommend this game to almost anyone without using a caveat of any sort, which is in part why Rocket League earns a 9.5/10 from me.

Enter Below For A Chance At Winning A PS4 Code For Rocket League! (NOTE: Contact @theworldsempire twitter if you have any questions about the giveaway)
Rocket League PS4 Code Giveaway! 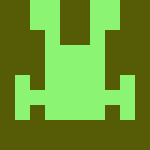