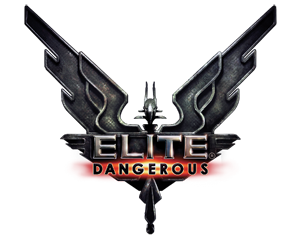 Elite Dangerous launched for PC in December 2014 following a successful crowdfunding campaign. Mac and Xbox One releases followed in May and October of 2015, and regular gameplay updates were released throughout the year.

“We have an amazing player community,” Frontier CEO David Braben said. “The average play time among our 1.4 million players is 60 hours – that’s a massive 84 million player hours and counting. With the community’s feedback, we’re constantly making Elite Dangerous better than ever. We have incredible long-term ambition and we will continue to deliver on those ambitions. We will detail more exciting developments for Horizons very soon.”

Today Elite Dangerous is heading into its second year with a new season of major gameplay expansions and more exciting events to come in its player-driven narrative and community events.

Elite Dangerous is the critically acclaimed, award winning third sequel to the genre-defining Elite, created in 1984 by David Braben and Ian Bell. Elite Dangerous re-creates the entirety of the Milky Way at its full galactic proportions, with an evolving player-driven narrative and connected multiplayer experience.

Starting with only a small starship and a few credits, players do whatever it takes to earn the skill, knowledge, wealth and power to survive in a futuristic cutthroat galaxy and to stand among the ranks of the iconic Elite. In an age of galactic superpowers and interstellar war, every player’s story influences the connected gaming experience and evolving narrative. Governments fall, battles are lost and won, and humanity’s frontier is reshaped, all by players’ actions.

Frontier Developments plc is a leading independent game developer and publisher founded in 1994 by David Braben, co-author of the seminal Elite space simulation. Based in Cambridge, UK, Frontier uses its proprietary COBRA game development technology to create games across consoles, computers and mobile with a focus on narrative, gameplay and community.
Elite Dangerous is in ongoing development and is available now for PC, Mac and Xbox One. Elite Dangerous: Horizons, the new season of gameplay expansions for Elite Dangerous is available now. Frontier’s second major self-published PC title, Planet Coaster, is in development and will launch in 2016. Other Frontier titles includeRollerCoaster Tycoon 3, Thrillville, LostWinds, Kinectimals, Kinect Disneyland Adventures, Zoo Tycoon, Tales from Deep Space and ScreamRide.

STEALING ALL THE MONEY!! | Smash+Grab Gameplay

What To Expect In Destiny’s April Update Out Today