Marvel, and Square Enix announces a major partnership! Check the teaser trailer, and official announcement below! It looks to be a multi-game deal too. Big news! So, are you excited about this partnership? Let us know!

Marvel Entertainment and SQUARE ENIX® today announced a new multi-year, multi-game licensing agreement to develop and publish original games based on beloved Marvel Super Heroes, beginning with The Avengers. This newly established partnership pairs the creative minds at Marvel and Square Enix for one of the most powerful alliances in interactive entertainment. The first blockbuster game is being crafted by Crystal Dynamics®, developers of the award winning TOMB RAIDER® series, in collaboration with Eidos-Montréal, the home of the critically acclaimed and award-winning DEUS EX game series.The Avengers project is being designed for gamers worldwide and will be packed with all the characters, environments, and iconic moments that have thrilled longtime fans of the franchise. Featuring a completely original story, it will introduce a universe gamers can play in for years to come. More details on The Avengers project and other games will be announced in 2018.

The world premiere teaser trailer of The Avengers project can be seen here.

“By partnering with Crystal Dynamics and Eidos-Montréal, we are now working with two of the industry’s most talented and respected game development studios to bring Marvel stories to life in ways our fans have never experienced,“ said Jay Ong, Senior Vice President, Games & Innovation, Marvel Entertainment. “The Avengers project is a perfect example of how Marvel is making games a key part of the landscape for Marvel storytelling, alongside comics, television and film. We can only do this by matching our greatest Super Heroes with the world’s top developers, such as the creative minds at Square Enix.”

“Marvel’s diverse, innovative universe has created millions of longtime fans, including all of us,” said Phil Rogers, CEO, Square Enix Americas and Europe. “It’s exciting to bring together Square Enix’s award-winning development studios with Marvel’s extraordinary storytellers to establish a new entertainment powerhouse.  This collaboration of passion and talent will craft epic, imaginative experiences allowing gamers to live out their Super Hero dreams like never before.”

SQUARE ENIX® and Disney release KINGDOM HEARTS HD 2.8 Final Chapter Prologue today. This collection features brand-new and classic stories from the KINGDOM HEARTS saga. This title will also lead into the next entry in the series, KINGDOM HEARTS III.

Originally released in 2012, the full-HD remastered version will allow players to join series protagonists Sora and Riku to take on the Mark of Mastery exam in preparation for upcoming threats. Players can experience faster-paced battles and exploration at a blistering pace.

A new HD movie that tells the mysterious story of the Foretellers, connecting the earliest parts of the series’ history, showcased in the hit mobile title KINGDOM HEARTS Unchained

I Am Setsuna Coming to Nintendo Switch on March 3

Nintendo Switch™ players will soon enjoy  I AM SETSUNA™, the debut title from Tokyo RPG Factory™, SQUARE ENIX®’s newest studio. It will be available as a digital day one launch title, and will include exclusive new features such as the “Temporal Battle Arena,” where players can enjoy thrilling battles against other players’ parties.

I AM SETSUNA follows the story of Setsuna, a young woman of incredible power and inner strength, and the sacrifice she must undertake to save the people of her land as she leaves her hometown. Featuring simple turn-based controls and unique gameplay mechanics inspired by the golden age of JRPGs.

I AM SETSUNA is available now digitally on PlayStation®4 computer entertainment system and Steam®, and will be available for the Nintendo Switch on March 3, 2017.

Through February 2, all players will be able to acquire “Dangerous Ariana,” the Ariana Grande-inspired character exclusively designed for FINAL FANTASY BRAVE EXVIUS, by completing the “Dangerous Woman Tour” event stage on Easy difficulty. Also available through this event are various pieces of equipment specifically for Dangerous Ariana to equip and use in battle. 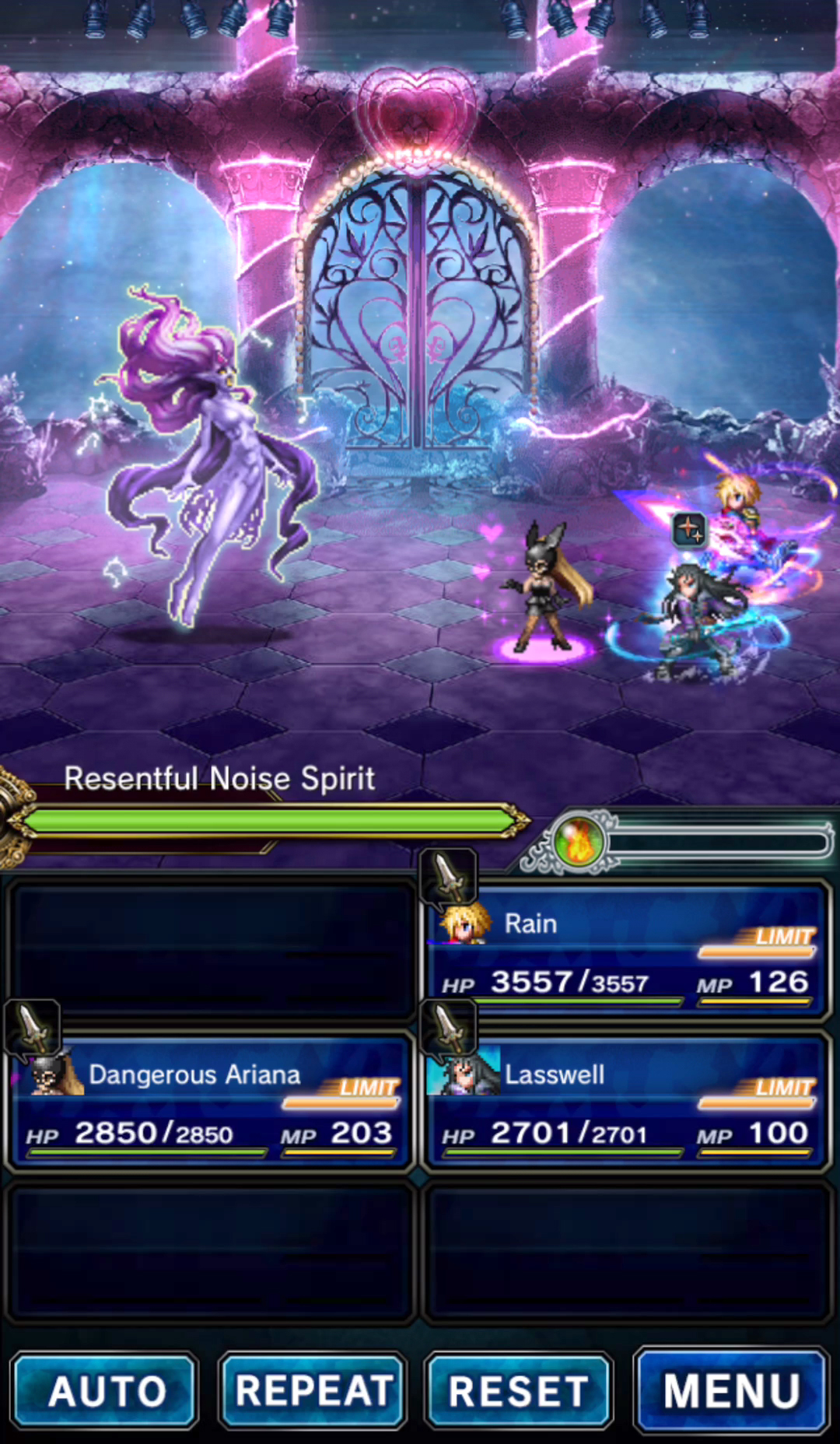