Widely hailed as one of the greatest video games of all time, the definitive version of CHRONO TRIGGER® is now available for the first time on STEAM®.  This version features:

In conjunction with the release of the STEAM version, CHRONO TRIGGER for iOS and Android may also receive a major update which brings all of the enhancements in the PC version to mobile devices. Additionally, CHRONO TRIGGER is also now available on the Amazon AppStore beginning today, bringing the title to an even wider array of mobile platforms.

The mobile version of CHRONO TRIGGER not only features the updated graphical and sound enhancements but also brings retina and cloud save features as well as AppleTV support to this version.

Originally released in 1995, CHRONO TRIGGER was developed by the “Dream Team” of DRAGON QUEST® creator Yuji Horii, DRAGON BALL creator Akira Toriyama and the creators of the FINAL FANTASY® series. Many challenges await players in this epic quest to save the planet’s future, as long-lost secrets are revealed through time travel to different eras including the present, middle ages, the future, prehistory and ancient times.

Steel Wool Studios has announced the release of The Horus Heresy: Betrayal at Calth, is now live on Steam Early Access — the first Warhammer 40k game that challenges you to command Ultramarine Legionnaires and defend the Imperium in larger-than-life Virtual Reality. Experience The Horus Heresy with an original narrative, characters, and conflict from esteemed Black Library author, Rob Sanders. Horus Heresy fans around the world can finally feel like they are really there and master the ultimate living battlefield in a “human-scale” interactive experience.

Set in the 31st Millennium on the planet of Calth, you play as Magos Ohmnal Sarc, a tech priest of the Mechanicus caught in conflict as Brother Legions of Space Marines take arms against one another. When Sarc discovers corrupted data in the data stream, he must tactically command his unit of noble Ultramarines against a faction of traitorous Word Bearers. Out-wit and thwart their devious plot to corrupt the Imperium and disrupt the future of mankind.

Early Access unfolds the devious initial chapter of a sprawling five-part campaign. The single-player mode includes a five-map narrative where players control units of Space Marine Legionaries and guide them through the underground arcologies of Calth. PvP Multiplayer has four maps and two play modes (Deathmatch and Objective Based). Pick your side and play either as the Ultramarines or the traitorous Word Bearers. Proceeding updates to include new chapters with new maps, weapons, abilities, and units.

“Steam Early Access lets us roll out an evolving narrative and tons of gameplay depth and strategies over the coming months,” said Joshua Qualtieri, Co-Founder and Head of Development at Steel Wool Studios. “And, it gives us the chance to embrace the feedback from core-Warhammer gamers. We’ve already made significant upgrades from the support of our Live Alpha program, including speeding up the gameplay, new unit commands that include shooting while moving abilities, and visual and UX enhancements to the PC mode.”

The Horus Heresy: Betrayal at Calth launches with a limited-time price discount of $24.99, a special 17% launch discount from the regular $29.99 price. All players will have the option to play either in stand-up VR systems or on gaming PCs. Supported systems at launch are HTC Vive and Oculus Touch.

If you’re a fan of the Warhammer 40k series, this looks like an interesting entry. Hopefully the story, and gameplay are up to the challenge.

“Debris” Co-Op Dives into a Full Release at 50% Off

Dive with a friend to discover the hazards of a surreal world locked below Arctic sea ice in today’s launch of the highly-anticipated co-op mode for first-person, narrative adventure game Debris from independent video game developer Moonray Studios. To celebrate our co-op release, Debris is discounted at 50% off for one week.

Following the soft launch of its single-player campaign in October of 2017, Debris’ co-op mode has players scrambling to find power for their life systems, defeat deadly creatures, and decipher what mysterious forces are attempting to prevent them from escaping. Designed based on the challenges facing those affected by psychosis and created with the help of medical professionals, Debris explores the interplay between perception and reality in an unconventional, narrative-driven co-op format. Players must negotiate each other’s choices as their realities drift further and further apart due to their own creeping psychosis.

“Co-op mode is the ultimate way to play Debris because it allows people to truly experience what it’s like to have psychosis,” said Dan Clark, Founder at Moonray Studios. “One person may hear or see something, while their friend may not and vice versa. With each delusion and reality, players won’t know who’s right, who’s wrong and what is really going on.”

Escape Together or Die Alone

Players are part of a small team sent to film a promotional video for a ground-breaking discovery: meteoric debris embedded deep in Arctic ice that provides clean, hyper-efficient energy. Taking on the roles of either Ryan, the team’s videographer, or Sonya, a promising engineer and project leader, players embark on a fight for survival in the murky depths of the Arctic Ocean.

Stranded at the bottom after a tragic accident, injured and running out of time, their only hope for survival is to reach the surface. But something else is going on. Things aren’t right, they don’t add up, and divers can’t help but speculate. Why is this happening?

As they fight their way to safety, players will need to figure out what’s behind this surreal world and their desperate situation. Knowing will make all the difference.

Debris‘ co-op experience is available now with a 50% discount for its first week of release.

SoulWorker is a post-apocalyptic action-adventure that delivers high-energy battles and anime-inspired cinematic gameplay and was previously only available to Asian gamers. Luckily, you won’t have to wait long to get your hands on the localized version. Publisher Gameforge will host an Open Beta for SoulWorker in North America and Europe that starts today at 12 pm EST / 9 am PST. During the Open Beta Test, four characters will be available that players can use to experience SoulWorker‘s PvE single-player mode or action-packed 4-player PvE co-op mode.

Watch the Cinematic Trailer below:

To thank those who participate in the beta and provide feedback on the game, players will receive special rewards — including a unique primary in-game character title, a fashionable outfit, rare editions of cards, bonus key cards and more — that can be used in the official SoulWorker release. 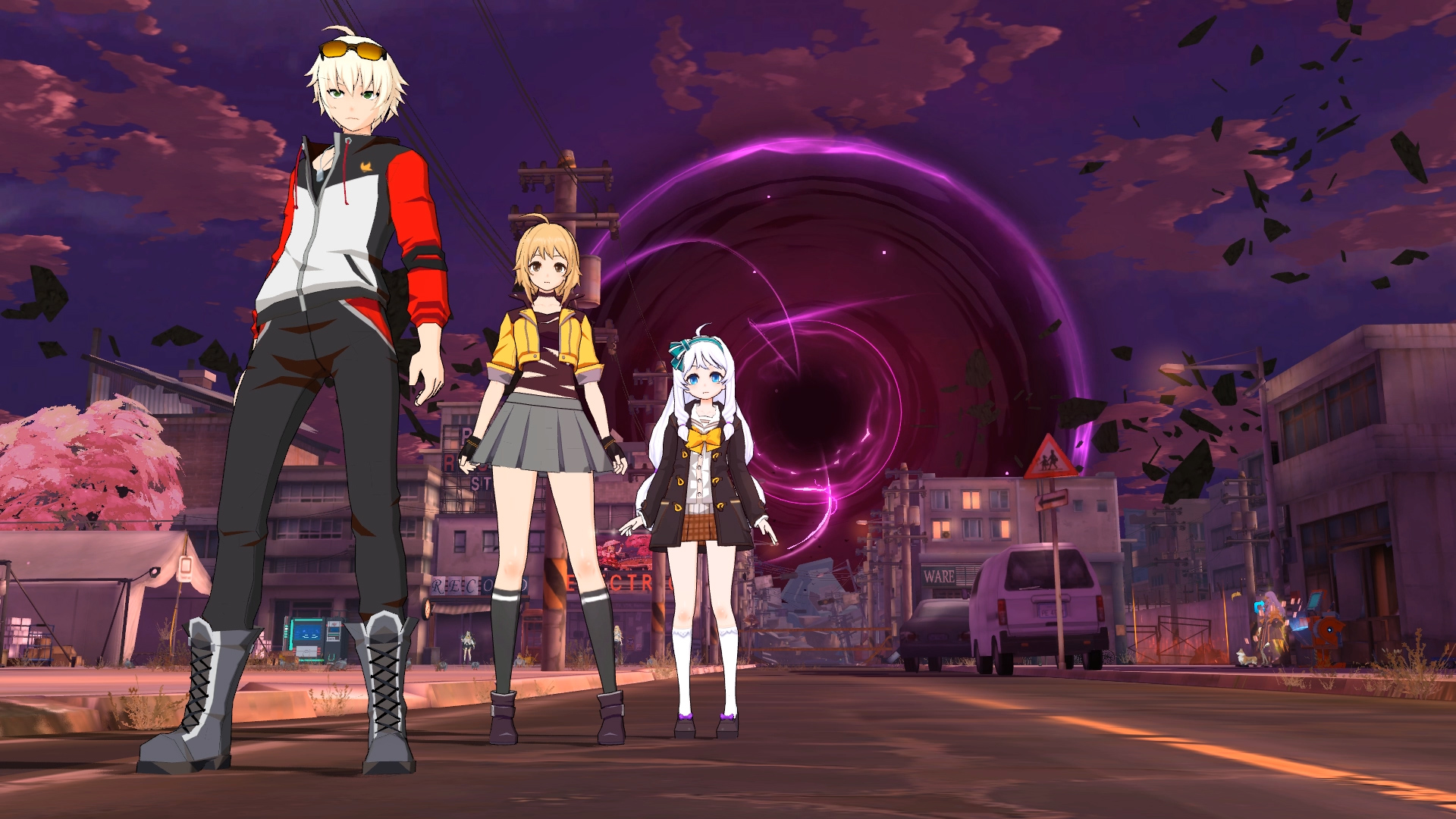 Be among the first Western players to jump into the world of SoulWorker by downloading it on Steam or Gameforge today at: