Last year Frosty Faustings had about 1,000 attendees this year it’s 1,300 spectators including international players from Japan and Europe with many pro players in attendance such as Punk, Sonic Fox, and Wolkrone.

The talent really showed up and showed out this year. Starting with that main event Guilty Gear. Started with over 250 competitors it all comes down to the top 4 which included LostSoul, Doren2k, PepperySpalsh & BjornSonOfBear taking it all.

Two things happened last year that led to a bigger turnout. 2017 is the first year Frostys decided to add over 25 games. And this was the first Frostys held in Elmhurst. Thus far it’s been held in Northbrook. Moving the venue and adding the games made attendance jump pretty high. Frostys went from having only 10 games to 30, it’s come along way since it was being held at Nickle City. Another touch to Frostys are the different streams featuring local commentators brings a lot of hype. It’s nice to see people who got their start at Frostys like Eli now be featured at Evo calling matches. People who come out year after year and show their dedication is what fighting games are about like TeamSpooky.

Unique games like Windjammers and Puyo Puyo Tetris show that Frostys is catering to a niche market. There aren’t many tournaments for Windjammers and providing a tournament for this game creates inclusion. And the community is grateful for it and will go the distance. For example, Keikun traveled from France for games like Windjammers and Super Street Fighter Turbo. And LatinoFlava dropped in from Mexico to compete in Windjammers. Not only are people traveling for indie games but majors as well. Teresa flew from Japan to compete in Guilty Gear Xrd Rev 2 and placed in top 8. Windjammers is the most intense game of frisbee golf ever played. There are 6 characters to choose from, 5 different modes including local versus an online ranked match and six different stages to choose from. It’s available on PS4 and PS Vita now.

Super Street Fighter Turbo is another unique title that brought the community out with 48 entrants. The top 4 is comprised of Midwest players like Hood Pope, Munn3y, ThatArchVillan and immortal at number one. CEO Jebailey gets an honorable mention at 13th for being a part of and supporting the community.

Tekken 7  wasn’t at Frosty Faustings last year and the community attended and showed love with 192 entrants. The Tekken top 2 feels like a repeat of Kumite 2018. Cuddle_Core and Mak face off once again but this time Mak takes first with Cuddle_Core in second, LTrain in third and Jody Tha Great in fourth.

Street Fighter V: Arcade Edition had the second biggest entries with 240 competitors. Punk is in the top 4 but did not win it all. The Cool Kid 93, from Chicago, in third. Squall in second and Mo-Joe in first.

Now for the DP!

There are a few things I’d like to point out about Frosty’s is that its diversity and inclusion is growing rapidly. This year there are a lot more parents coming to support their kids but not 15 and 26-year-old like 30 something-year-olds. Callisto’s mom definitely showed her support. I spoke to a dad who knew nothing about Pokken but he could show me his son and who he’s playing against.

Many women whether they were cosplaying, a part of Artist Alley, spectating or competing it’s always nice to more women at tournaments. My favorite part is the amount of Black Girl Gamers that came to compete. Destiny, in Super Street Fighter Turbo. Pink Diamond in Killer Instinct, Briana in Street Fighter V, Cuddle_Core in Tekken 7. 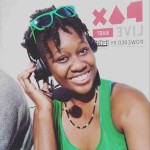 FChamp, What’s next after Marvel?

Xbox One Waves Goodbye to Most Kinect Controls

Lara Croft and The Temple Of Osiris Statue! (Only 1000 Available)